Becoming a Better Communicator, One Observation at a Time

Communication is a vital component of everything we do. You can be the best at any given thing, but if no one knows about it, your skills are going to waste. Similarly, if you’re a great person but never talk to anyone, the world will not know how great you are.

Some of us are born good communicators; they take naturally to the process of meeting and getting to know others. I wasn’t. In fact, I was pretty lousy at it. But as I learned, being a better communicator is something anyone can learn and develop. And doing so can change many parts of your life dramatically, from your career to your social life and love life.

This is the story of how through steady practice over time I significantly improved my social ability. In short, I created feedback loops; I observed how people reacted during conversations with me and what habits of mine led to those reactions. As I noticed patterns, I gradually changed my conversational habits and had better and better interactions with people.

A note on accepting yourself and changing regardless

Often in our society, we’re encouraged (rightfully so) to be happy with whom we are. Whereas advertisements, movies, and Instagram posts will encourage us to look or behave a certain way, those with less judgmental minds will help us to embrace who we are with acceptance and self-compassion, rather than try to conform to some mass-produced artificial standard of what a great person is.

Accept yourself. Let the world know who you really are. That’s all good stuff. But improving specific characteristics of yourself, behaviors, skill sets and such is still something you should do. Self-improvement doesn’t violate self-acceptance. Keep that in mind.

Along those lines, the way you communicate with people is something everyone should work on. Especially those who have issues with social situations of any kind.

When I was younger, I struggled with social situations a lot. Initially, I was consciously incompetent—I knew early on that I was awkward around my peers, committed many faux pas, and as a result had few friends. At best, it was laughable; at worst, it was downright offensive.

This continued for a while. It escalated in 7th grade when I was in a new school with no one I knew. When you say the wrong thing early on around a new group of people (especially as a teen), it can haunt you for years to come. High school was just as bad, if not worse. In college, things got a bit better, because of the ability to choose my activities on a regular basis, have a larger selection of social groups, and so on. But still I knew that I didn’t feel totally fulfilled in my social relationships—new people I met continued to react to me with odd looks; I’d say things that triggered a mixture of facial expressions ranging from confusion to discomfort. I had more acquaintances than close friends, and sometimes attracted people with a tendency towards negativity or a sense of sadness.

Somehow I grew a gradual sense that I could do something about it. I’m not sure where it even came from; I was a naturally analytical person, so maybe that was part of it. I became interested in martial arts and Eastern philosophy as a teen, so that might have played a role too. Or maybe it was just the frustration of knowing my social ability wasn’t great. At any rate, I felt there had to be something I could do to make things better.

Establishing a process: the feedback loop

I realized that if I wanted to get better with people, I’d need practice. And an excellent place to start was improving my conversational ability. After all, the first conversation with someone is how they form their first impression of you. It’s the gateway to everything else—friendships, working relationships, romantic relationships.

There had to be some point after meeting me—something that I did or said that prevented the conversation from moving further. Or multiple things. To find them, I’d need practice, and probably a fair bit. So I exposed myself to more conversations: at bars, parties, with people on the street, with baristas and servers at restaurants. I spoke to my neighbors more, which in New York City seems like something people don’t often do.

Immersing myself in people was the first step. The next step was observing. Whenever talking to someone, I would try to notice the point at which someone lost interest, got weirded out or offended. After a while, I started to see patterns emerging. Habits in the way I communicated that would trigger unpreferable responses. A raised eyebrow, a look of confusion, a grimace, or an end to the conversation.

Noticing the moment someone becomes uncomfortable talking to you is humbling, for sure; it’s also inspiring. If you catch the thing you’re saying or doing that turns people off, you can do something about it.

As I immersed myself in more conversations and learned to pay better attention to what I was doing before people reacted unfavorably, I started to notice what I was doing. Here are some notable bad habits that I observed in myself:

Once you name the villain, you can defeat it. Observing and labeling these habits gave me something to work on that I could improve with practice.

Each time I saw one of these behaviors in myself, I treated it as my focus for a while. On a given month, my mantra would be “talk slower.” And in every conversation, I would keep thinking about it in the back of my mind throughout, until it became a lot more habitual. Then I would switch to another behavior to work on, and do the same thing.

Initially, I was just doing this instinctively through pure observation. Years later, I would learn a lot more about the psychology of communication, and why people respond better to some mannerisms than others.

Later I did supplemental things, like a silent meditation retreat that inadvertently gave me the ability to control my speaking habits more. I read books like The Fine Art of Small Talk and The Charisma Myth, which helped me understand the things I was changing already and apply more and apply more science to give the work I was doing much more impact. I read other books like Learned Optimism to shape my mindset to a more positive one, which not only helped my social improvement endeavor, but every other goal in my life.

Results came. By observing myself and the people I was talking to, dissecting each conversational micro-habit and gradually practicing better alternatives, my interactions got better and better. Lousy first impressions went from being the default to occurring quite rarely. My circle of friends grew, my love life improved. My career benefitted as well as I was much more likely to attract connections of various types. Life as a whole has improved greatly by nurturing my ability to communicate.

To live is to communicate.

Communication and conversation are some of the best things we can improve about ourselves, as they impact every area of our lives: personal, professional and otherwise. And anyone can improve, whether you’re blessed with the gift of gab, or you’re a bit of an introvert or socially awkward. All you need is a good feedback loop and lots of practice. 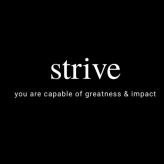 My Journey as a Daughter of Refugees